The most spectacular exhibit of the Crimean Museum of chess and checkers can be considered “Chinese chess”. Make sure that you are able to, looking at the chess Board, which is painted in various designs with bright colours. Along the vertical edges of the chessboard applied landscapes, famous for China. The horizontal edges are decorated with paintings depicting three men and a woman sitting at a chess Board. Directly on the Board, and white cells caused Chinese ornament. On half of the black squares of a chessboard depicts a man with a violin, and in the second half of the man with the pitcher.

Chess pieces portray Chinese chess warriors of the era of the Qing dynasty, evidenced by the headwear pieces. Such hats were characteristic of the period the above dynasty.

This exhibit is at the Museum since its inception and for the past three years due to its rich coloring attracts the attention of visitors. 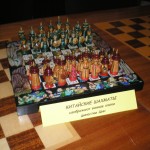 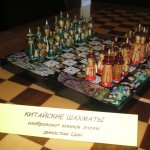 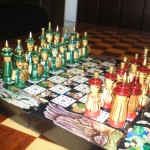 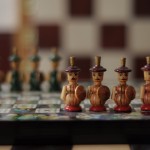 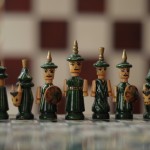 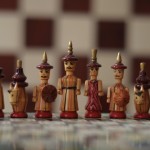 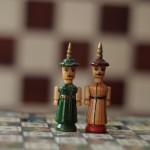 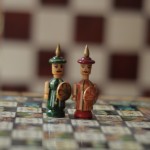 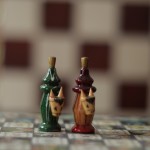 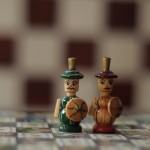