In the collection of the Crimean Museum of chess and checkers are exhibits that, at first glance, seem to be ordinary. However, their importance lies in the fact that it is a personal gifts legendary athletes chess or checkers sport.

Now special value are the items with autographs of well-known athletes, pop stars or politicians. For example, a soccer ball, who played the final match of Euro-2008 between Germany and Spain, was sold at auction for 10 thousand euros. White Boxing Bathrobe Wladimir Klitschko with his autograph sold for 3700 Euro. Drawn Jean-Pierre Blanchard four minutes portrait of the famous tennisist 16-times winner of tournaments of “Grand slam” Roger Federer was sold for almost this. the Euro. Such examples are many. They all say that many people are ready to pay a large sum of money to get an autograph celebrity.

Crimean Museum of chess and checkers especially values the exhibit, which personally gave the famous international grandmaster, 13-th world chess champion Garry Kasparov, who visited the Museum on the opening day. In chess Simferopol sports school down the street Gasprinsky still many workers and students remember this day. To see the chess Maestro gathered a huge number of people. Wishing it so much that some were standing on the street waiting for the moment to even catch a glimpse of Garry Kasparov. The collection of the Crimean Museum of chess and checkers Kasparov gave chess onyx who signed: “Chess school Simferopol”, below the signature and date of arrival, August 26, 2009. 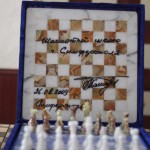 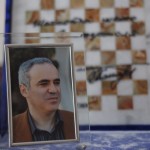 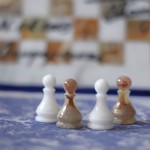 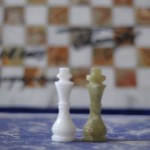 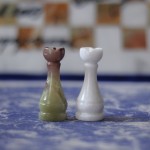 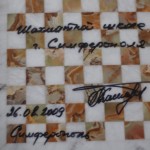 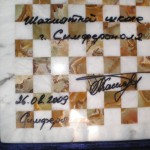 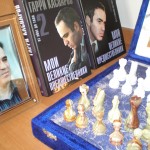