Interview with the honored coach of Ukraine Shponovym Oleg

On the pages of our site, we share the interesting information concerning chess and checkers. Of course, the most valuable information will be the advice of a professional, which was dedicated to the sport of his life.

We managed to interview the master of sports of the USSR in checkers and honored coach of Ukraine Oleg Yakovlevich Sapunova. Oleg Yakovlevich in draughts sport about 35 years, of which coaching has devoted 20 years of his life and brought up not one generation titled sportsmen. In our interview, he shares his years of experience as a player and coach.

Hello Oleg . Let’s have a talk with you on the topic checkers sport. Tell us a little about yourself. If to plunge into the past, how it all began?

I started to play checkers in 10 years, he so wanted. My first and only coach Virno Alexander Yakovlevich, honored coach of the former USSR and Ukraine, instilled in me a love for this sport. When he emigrated to Germany, I remained in Kharkov train after it.

Do you remember the first disciples?

Yes, of course. There were lots of them. First, of whom I thought – this is my first champion of the world, and, by the way, the first world champion of the independent Ukraine of 1992 Kostya Zvenigorod. Now he lives in Israel. Natasha Yesin he was a three times world champion in checkers among girls and Vice-world champion among women, has the title of international grandmaster. Now she is candidate of science, lecturer in Harkovskaja pedagogical University. Luda Svir, too, international grandmaster. In General, over 20 years, there were many of them.

What difficulties have you encountered as a young coach?

The main difficulties were associated with me, because I clearly had no idea what it means coaching. From everything seems easy, but when dipped into the work, you understand that this is not so. Besides, when I started to train, it was difficult: the collapse of the USSR, the formation of the new independent state of Ukraine etc. during this period, the sport has become useless, and to promote it was hard at that time.

As an experienced coach, passed through difficulties coaching practice, could You advise young coaches? Perhaps there is some methodical literature or training?

Unfortunately, specifically for checkers coach literature no. I think that soon this gap will be bridged. Now the coaching Board of the Kharkiv youth together with draughts Federation of Ukraine develop seminars for coaches and athletes. Training in the future they plan to hold on Skype. On the official website of the draughts Federation of Ukraine will be published the topic of the next lesson and want to participate in the seminar will be able to register. That’s the way will be trained.

This is a big step forward. The coaches will have an opportunity not going to learn. Travel over long distances requires cost money, and seminars on Skype will undergo training at no extra cost. Tell me, how long ago this idea was born, and who is the initiator?

The initiator of the idea is Mikhail Yakovlevich Schuster, Chairman of the trainer’s Board of the Ukrainian chess Federation. He proposed this idea a half year ago. Other trainers supported.

Oleg, let’s talk a little about draughts sport and sportsmen. I would like to know Your opinion on how big the role of parents in sporting success child?

I would say that the role of parents is very high, particularly young children, aged 6 to 8 years. Now a lot of temptations. For example, computer games, just walks, etc. At this age is very important that parents tried to encourage checkers, decided to him puzzles, playing, developed interest.

Tell me, trips to the competitions – is an important part of the training process?

Certainly. ‘s practice is an integral part in checkers. The child should be able to apply their knowledge. It is very important that parents understand that. Due to the fact that the issue of state financing of trips to the competitions is still not fully resolved, it is often necessary financial support for parents of young sportsmen. I have a principle not to take parents for the competition.

Very interesting. And what is that? They prevent?

The thing is that in checkers, as in football understand everything. Well, there is nothing complicated, right? Often parents with the best of intentions begin to give advice to the child. This prevents the training process. In football, too, begin to give advice. So it is in the blocks. It is easier to exclude the presence of parents in the competition. Why spend extra nerves? Although regular festivals this is acceptable, but not on the official tournaments.

How much, in your opinion, require the average time for the education of a professional?

We asked this question, for the reason that many parents want to get instant results and think that the failure of the child – it is the fault of the coach.

How can the violin to learn how to play three days? I think not. So it is in the blocks. Checkers is an art that perfected over the years.

Do You think that patience and perseverance in checkers can replace talent? And how, in your opinion, does checkers such thing as talent?

Of course, such a concept exists. There are many talented athletes, but without perseverance and patience their results are lower than those athletes who possess such qualities.

How can you determine whether a child to engage in professional checkers?

This can be done with the help of tasks, which will allow you to see how much the child hardworking and diligent, how he developed logical thinking. These qualities are important enough for checkers. Without them in professional sports can be difficult.

Thank you, Oleg  that have found time for us. Your answers are a lot of useful information. We hope for further cooperation and pleasant conversation. 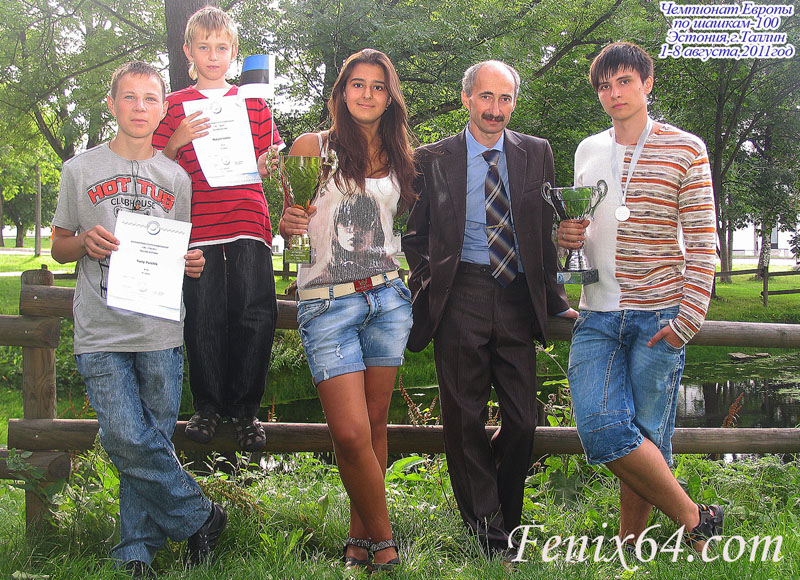